“Some infinities are bigger than other infinities.” ― John Green, The Fault in Our Stars 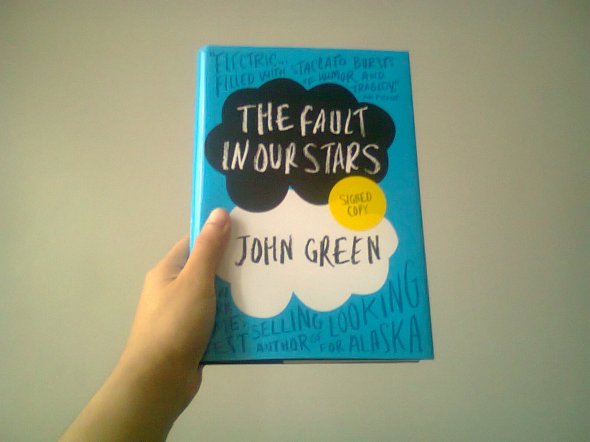 In the year 2011, John Green announced via his Tumblr blog that he is having a new book to be released the next year, 2012. It was the most anticipated book in the YA blogosphere and the nerdfighteria. People are waiting and waiting what will the book is all about, they even made different covers for the book when the synopsis and title was announced! I can say I was part of this fandom that waited and spent most of my time online reading articles related to John Green. LOL

I don’t deny the fact that I read and love all John Green’s books, but this latest book, I didn’t like that much (like I did with Paper Towns). Plot-wise, I love it, because it’s so heartbreaking. There isn’t more heartbreaking about lives that is going to its end because of some terminal disease they have. Well, it’s the reality. I don’t get to read books like these, because to be honest, I rarely see one. The story is about two kids with terminal cases of cancer, and yep, CANCER. This book might show you how people lived their lives despite the knowledge that they are going to die sooner or later. I can’t remember how many times I felt the heaviness in my heart. I met a lot of cancer patients in the hospital’s oncology before when I was still a student nurse. It took a lot of effort on them to survive. Not just effort, but also money, time, and tears. Some of them survive, some of them don’t. It’s the reality.

You know, this book is somehow different from the previous works of Green. No more gorgeous babe and two nerds in the story. It’s also in a female POV! It’s quite new to me and somehow having difficulties reading the book (even if I’m a girl). I appreciated Hazel Grace’s character. She accepted the reality of her health condition and she doesn’t want to be a grenade that will mark and hurt the people when she die. What a selfless person, isn’t she? And Gus? He’s so adorable and geeky. He’s something you want to be friends with (or if you like, be a boyfriend) because he is so optimistic about everything. He looks also geeky cute, too.

What I didn’t like about this book is that I never appreciated the in-depth philosophy Green is trying to tell me. I find it sort-of pretentious. I mean, the universe-thing. I know it’s cool that the characters THINK and have INSIGHTS about life and everything, but I fail to connect the importance of it to the story, to Hazel, to Gus, to the cancer itself, or at least to me. Like what Hazel said [SPOILER ALERT] in the book: “We live in a universe devoted to the creation, and eradication, of awareness… He died after a lengthy battle with human consciousness, a victim-as you will be-of the universe’s need to make and unmake all that is possible.”

I know Green based the book with Shakespeare’s Julius Caesar; “The fault, dear Brutus is not in our stars, / But in ourselves, that we are underlings.”; Maybe there is a deeper meaning Green is trying to tell his readers, but I didn’t bother to find and understand what is it when I read it (DON’T JUDGE). I liked some, and there are times, I don’t. A re-read is needed, I guess?

I like the story, it made me cry and feel sad, but it’s okay, not totally groundbreaking or whatever. Anyway, I got myself a copy with John Green’s squiggles using a green Sharpie :) 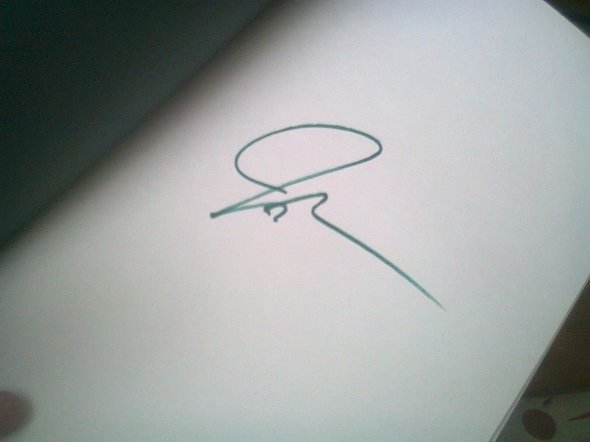 15 Mar This entry was published on 15.03.12 at 12:08 pm. It’s filed under In Which I Write About Books and tagged Augustus Waters, book, Cancer, Hazel Grace, John Green, literature, The Fault in Our Stars, writing, Young adult. Bookmark the permalink. Follow any comments here with the RSS feed for this post.

Older: BOOK OF THE MONTH [1]
Newer: THE HUNGER GAMES

9 thoughts on ““Some infinities are bigger than other infinities.” ― John Green, The Fault in Our Stars”